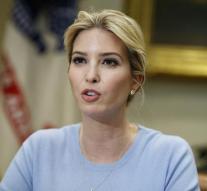 shanghai - An activist was arrested after investigating the Chinese company making shoes for the brand of Ivanka Trump, the US president's daughter. Two other activists have disappeared smoothly, China Labor Watch (CLW) director of human rights organization said.

Activist Hua Haifeng was arrested according to CLQ Director Li Qiang in southern Jiangxi province. He would be suspicious of using eavesdropping equipment. According to Director Li, the activists investigated the working conditions in the company where shoes are produced for several Western brands.

China Labor Watch called President Trump and his daughter to engage in the release of the trio, which has worked undercover in factories. According to Li, the researchers had found evidence that the rights of workers were violated.