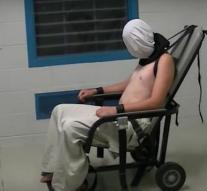 berrimah - Australia has been rocked by inhumane conditions in the detention Don Dale Youth Detention Centre, in the city Berrimah. The prison regime conducted a reign of terror among the trapped children in 2014 and 2015. Amnesty International has protested now.

During hearings of a special federal commission of inquiry came harrowing incidents to light. The young prisoners were much too long solitary confinement, were deprived of water and electricity, they could not spend hours in the bathroom and were always undressed and examined again.

The now 19-year-old Dylan Fuller stated that he needs but eventually did in a pillowcase. He was half naked tied to a chair and had a hood over his head. The boy had a panic attack. All that has now been filmed by a security guard. The prison staff even used tear gas against the children. There she was denied food and blows were distributed.