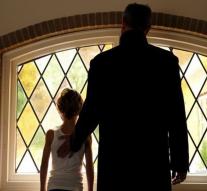 belfast - Certainly hundreds, possibly thousands but Northern Irish children were abused last century and abused in shelters which were led by the government, charities and churches.

That is to read a 2300-page report that was presented Friday in Dublin. The inquiry refers to 'widespread physical, psychological and sexual abuse of young children between 1922 and 1995. In 20 of the 22 bodies examined was found to be involved in abuses.

The report criticizes the lack of supervision and control of the judiciary, the government and the institutions themselves on the abuses: 'The shelters were more concerned with protecting their reputation and confidentiality of the abuses, than to fight it. '

Victims of abuse, who were present at the presentation of the report, applauded long after the reading of the claims. 'This recognition of our suffering, we have our lives been waiting,' said victim Margaret McGuckin dedicated to the fate of fellow victims.