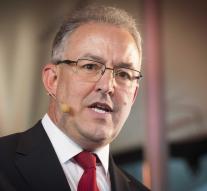 rotterdam - Rotterdam gain this year may scoop of internet voting. Mayor Ahmed Aboutaleb wants the people to express their views in an electronic referendum on a plan to demolish 20,000 social housing. He did Monday informed the council.

The advisory referendum must be held on Wednesday 30th November. Voters can then log in using their DigiD on a municipal website. 'A secure digital environment is developed which is designed so the ballot is secret and the data is encrypted,' said Aboutaleb. Digital votes, according to him less costly than setting up polling stations across the city.

Earlier, the House blocked a trial of electronic voting on municipal reorganization because there would be an increased risk.