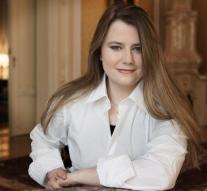 - The Austrian Natascha Kampusch experiencing ten years after her escape from years of captivity much rejection in public.,, There are places where people talk poorly about me, 'the now 28-year-old said in an interview with the German news agency DPA.

About her own fate she does not care, but about the recklessness of some people, she says. Friday in her forthcoming book 'Natascha Kampusch: 10 years of freedom,' she describes the challenge of each new day in her life.,, Many think that if someone was a victim of crime, it was in a swamp. And this swamp must have been beaten also on the victim, '' said Kampusch.

As a ten year old she was kidnapped in 1998 by her tormentor Wolfgang Priklopil when she was on her way to school. He held her for eight years trapped in a small space. In the dungeon-like space in Strasshof near Vienna she received little food and there was little oxygen. Priklopil abused her too.


Kampusch never thought about going away from Vienna, before that she loves to much of the city, she writes.