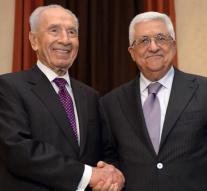 jerusalem - Palestinian President Mahmoud Abbas has requested authorization for the funeral of former Israeli statesman and former president Shimon Peres Friday to attend. He wrote a letter earlier this week to the family expressing his sorrow over the death of the veteran politician Peres, whom he called peace partner, according to Israeli media.

Peres in 1994 was awarded the Nobel Peace Prize for the Oslo Accords that seemed to signify the year of peace between Israelis and Palestinians. He died Wednesday at the age of 93 in a hospital in Tel Aviv.