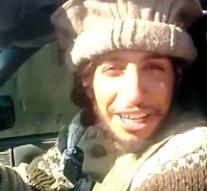 amsterdam - Abdelhamid Abaaoud, the mastermind behind the attacks in Paris, is also behind four of the six attacks that were foiled by French police since the spring of 2015. That the French Minister of Internal Affairs, Bernard Cazeneuve said Thursday.

One of the thwarted attacks were planned for August. When a Syriëganger was arrested who had plans to carry out an attack on a theater in Paris. At that time it was not about the Bataclan Theatre.

When this terrorist was interrogated, he said Abdelhamid Abaaoud had trained him in Syria and then he had given the order to travel to France to carry out the attack there. He received 2,000 euros in cash and a USB flash drive with encrypted communications software.