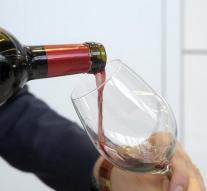 madrid - The police of the Spanish city of Murcia had a mourning on Tuesday morning about a 88-year-old man who lost the job. The man walked into Madrid in a car earlier in Madrid, but in his 24-hour drive he was lost.

The police told the newspaper La Verdad de Murcia that the man actually wanted to drive to Toledo, south of Madrid. However, he lost the road and drove to Murcia, about 400 kilometers southeast of the capital.

The police called the man's worried family to tell the 88-year-old driver made it right. The family also received the request to pick up the man.