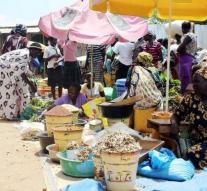 brussels - The European Commission allocates € 78 million for emergency aid for the victims of the crisis in South Sudan. By political, violent conflict and the collapse of its economy in recent years hundreds of thousands of civilians fled to neighboring countries.

EU assistance will be used in southern Sudan itself and in other countries in the region which suffer from refugee flows, such as Uganda. EU Commissioner Christos Stylianides (Humanitarian Aid and Crisis) called from a refugee camp in Uganda to let aid agencies 'their lifesaving work.' 'Sadly, these organizations are regularly attacked in southern Sudan. '