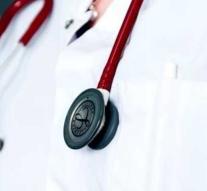 portsmouth - At least 456 elderly patients died unnecessarily from the effects of ill-prescribed strong painkillers in the years 1989-2000 in a hospital near Portsmouth, in the south of England. This is stated in a research report published on Wednesday, the BBC reported.

Many patient data in the Gosport War Memorial Hospital involved have been lost. That is why the actual number of victims is probably much higher. It is assumed that two hundred elderly people have succumbed to opiates that they received without medical reason.

In the hospital, according to the report, there was a culture where lives were shortened without any respect for human life.