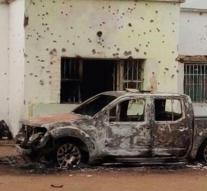 chihuahua - At a shooting in the Mexican Chihuahua, 26 dead have fallen. According to the authorities, the massacre followed a confrontation between two heavily armed gangs. The death rate will probably increase.

The north of Mexico is buried under extreme drug violence. Every year thousands of murders are taking place.