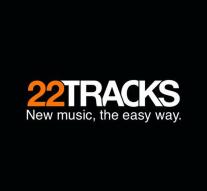 amsterdam - The Dutch music platform 22tracks stops. 'We often stood for difficult decisions and left six months ago for a slim version of our platform. Now it seems that the time has come to go ahead with new projects, 'says 22tracks in a statement on Facebook.

'Trying to keep the head above water as a free expert-driven music discovery service in this evolving market has been a great battle. ''

The streaming service for new music was launched in 2009. At that time, the online music industry was in its infancy, according to the service. About half a year ago, the platform still announced itself no longer hosting and licensing music, but now its playlists on Spotify and Apple Music are available due to rising hosting and licensing costs.

The service is proud of what has been achieved in recent years, including winning different prizes and holding a private festival, which may take place next year. 'Our website and apps gave millions of music lovers in Amsterdam, Brussels, London, Paris and the rest of the world the opportunity to listen to the best new music. ''