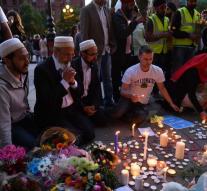 manchester - Of the 64 people who were injured on Monday night due to the attack in Manchester, about twenty were in critical condition.

That has announced public health officials in Manchester on Wednesday.

The severely injured people suffered damage to important organs and limbs, so they knew.