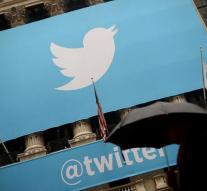 - Twitter users have posted 187 million tweets about the Olympics in Rio de Janeiro. Who viewed a total of 75 million times, according to Twitter.

Currently the most discussed on Twitter, was the penalty which Neymar Brazilian football team to a gold medal shot. The opening goal from Neymar in the final and the victory of Usain Bolt in the 100 meters were much discussed. Swimmer Michael Phelps is the most mentioned athlete, for Bolt and Neymar.

Gymnastic Champion Simone Biles had the most retweets. A film in which she shows how her kisses actor Zac Efron, was shared more than 163 000 times.