Home / World / 15 years for man leaving the bomb in subway 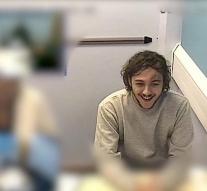 london - A London court has sentenced twenty-year-old Damon Smith to fifteen years imprisonment for launching an attack. The man left a homemade bomb in October 2016 in a wagon of the busy Jubilee metro line in the British capital.

It was an explosive filled with steel balls that left the man in a backpack. The attempt was canceled because another traveler did not trust and alarmed. Dart happened at the North Greenwich station.

The motives of the man who has an autistic disorder are not clear. According to the judge, he was not radicalized, reported British media. He was interested in Islam, but it was not inspired by jihadist terror. Smith told the police that it was a hand-drawn Halloween joke. He made the bomb with a cheap alarm clock and on the basis of an al-Qaeda manual he found on the internet.