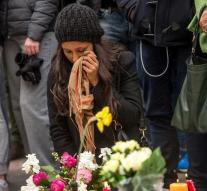 1361 people appealed to their insurance, of which about three-quarters received an amount. In 82 percent of cases involved physical harm, 13 per cent claimed property damage and 5 percent would intangible satisfaction.

In the attacks at Zaventem airport and Maelbeek Metro Station came last year on March 22, 32 people were killed and hundreds were wounded. Most claims (in 1068) related to the attack on the airport.