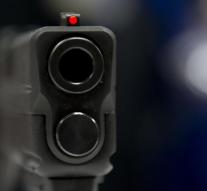 chicago - In the Christmas weekend in the US city of Chicago twelve people killed with firearms, 33 others were injured by gun violence. This reported the Chicago Tribune Monday based on the police reports.

It concerns acts separate from each other, but they belong according to ABC News as 'the epidemic of violence in the city. 'The police reported that 90 percent of the shootings from Friday evening to Sunday evening had to deal with criminal gangs.

Chicago area live approximately ten million people. The metropolis is the third largest city in the US The city has been struggling for a long time by force. This year there are already 785 people killed. It is according to the 'Tribune' in 2016 for the first time in almost twenty years, the number of murders exceeds seven hundred.